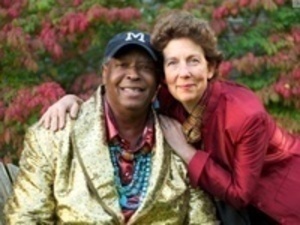 François Scarborough Clemmons ’67 (born April 23, 1945 in Birmingham) is an opera singer, playwright, and lecturer best known for his appearances as Officer Clemmons on Mister Rogers' Neighborhood.

Clemmons was born in Birmingham, but his family moved to Youngstown, Ohio, when he was a child. He learned to sing negro spirituals from his grandmother and performed at school and church functions, later fronting a rock band. He studied music at Oberlin College and earned a master of fine arts at Carnegie Mellon University. He auditioned successfully for the Metropolitan Opera in Pittsburgh, Pennsylvania, and earned a position in the Opera Studio, performing with numerous companies across the country.

Clemmons joined the cast of Mister Rogers Neighborhood, portraying a police officer and owner of a singing and dance studio. He also continued to perform professionally. His performance as Sportin' Life in the Cleveland Orchestra's recording of Porgy & Bess won a Grammy in 1973. In the 1980s, he returned to singing spirituals and founded a professional performing company, the Harlem Spiritual Ensemble, which he dedicated to "preserving, sustaining, and commissioning new and traditional arrangements of American Negro Spirituals for future generations." Many of Clemmons' real-life achievements were reflected on the program.

In his later career, Clemmons arranged a songbook entitled Song For Today, published by Strube Verlag of Munich, Germany, and wrote and produced a musical based on the life of Roland Hayes in 1997.

He is a member of Phi Mu Alpha Sinfonia, the national fraternity for men in music, of which Fred Rogers was also a member. Clemmons retired at the end of the 2012-2013 academic year.