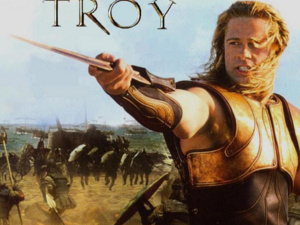 The Classics Department is screening Warner Brothers’ 2004 blockbuster movie Troy.  An adaptation of Homer's great epic, the film follows the assault on Troy by the united Greek forces and chronicles the fates of the men involved.

Two worlds will go to war for honor and power. Thousands will fall in pursuit of glory. And for love, a nation will burn to the ground.

The movie features an all-star cast including Brad Pitt as Achilles, Orlando Bloom as Paris, Diane Kruger as Helen of Troy, and Eric Bana as Hector.

Lorenzo’s pizza, soda and popcorn will be provided