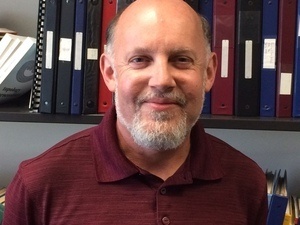 Nate Carlson is an associate professor of mathematics at California Lutheran University. His topic: "A Surprising Connection Between Two Proofs of the Infinitude of Primes."

In Book IX of his foundational work, The Elements, written in 300BC, the Greek mathematician Euclid included his celebrated proof that there are an infinite number of primes. While this is the most well-known proof and has been studied by students of mathematics throughout the centuries, many other proofs of the infinitude of primes have been found. These include a classic proof by Euler and very recent proofs by Pinasco and Whang.

In 1955 Furstenberg gave an unusual topological proof involving arithmetic progressions. After dispensing with the topological language, the essential number theory in this proof was recently uncovered by Mercer. On the surface neither version seems to bear much resemblance to Euclid’s original proof.

In this talk, Carlson gives a variation of the Furstenberg/Mercer proof that in fact looks much like that classical proof. (This variation appeared as a short note in the American Mathematical Monthly in 2014). This demonstrates that while Furstenberg’s proof seems unusual, at its core it is in fact quite similar to the first and most well-known. Basic topological and number-theoretic background will be given.