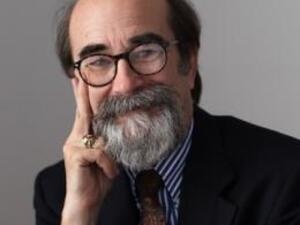 Steven Plank, Andrew B. Meldrum Professor of Musicology at Oberlin College & Conservatory, will present a lecture entitled "Lucien C. Warner, Feminism, and the Building of the Oberlin Conservatory of Music." In this lecture, Prof. Plank will discuss how the building of a new home for the Oberlin Conservatory of Music in 1884 marked a significant moment for the history of the conservatory on several fronts: most notably it provided a facility proportional to instructional need and ambition; it became a catalyst for the Conservatory to become administratively and fiscally integrated into Oberlin College; and it advertised to the broader world an aspiration to become a major presence in the education of musicians. The rhetoric of the dedication of the building is rich in reference to co-education, a signature trait of Oberlin College, and this in turn is interestingly resonant with the profile of the building's donor, Dr. Lucien C. Warner. Warner's fortune was made in corsetry, most notably in the development and sale of a "health corset" that would remedy the physiological ills of the then popular but controversial tightly-drawn corsets dictated by fashion. Dress reform such as this was a mode of social reform, advancing women's rights. This study brings into counterpoint the history of the new building, the conspicuous context of co-education at Oberlin and in the forging of a new conservatory, and feminist issues of dress reform associated with Warner's career.

The Colloquium is named in honor of Richard Murphy, who taught music history at Oberlin from 1946 until 1978, and was much revered and beloved by his students. The Colloquium was begun by Professor emerita Claudia Macdonald in 1992 to foster an exchange of ideas on music between colleagues in both the Conservatory and the College. It was expanded in 1997 to include outside speakers. Several events are scheduled each year.