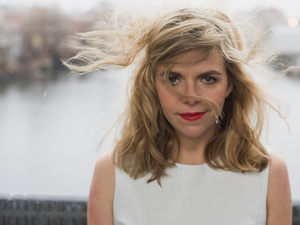 A songwriting and performance workshop with Chris Thile and Aoife O'Donovan, including students from Oberlin Songwriting Club and Songwriting ExCo.