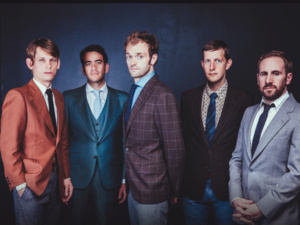 A listening party with the Punch Brothers and Aoife O'Donovan.