Channing Joseph ’03: Narrative Journalism in an Age of Social Media 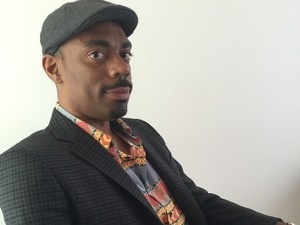 Hear award-winning journalist Channing Joseph ’03, who now teaches journalism at the University of Southern California, read from his recent work and offer his tips for Obies who aspire to be long-form feature reporters or literary nonfiction writers in our Twitter-addicted world.

Joseph is an award-winning journalist and an adjunct professor.  He has been an staff editor and writer at the New York Times and the Associated Press, a correspondent for MTV News, and the editor in chief of SF Weekly, San Francisco’s flagship alternative newspaper.

In addition to his journalism, Joseph also does original research in the area of LGBTQ history, and he is now working on a book titled The House of Swann: Where Slaves Became Drag Queens—and Changed the World. The renowned historian Jonathan Ned Katz has hailed his findings as “fascinating” and “a wonderful discovery."

Joseph is a graduate of Oberlin College and Columbia University.