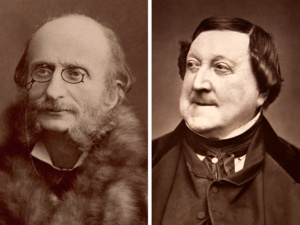 Romance and deception engulf this pairing of one-act comedies. In Offenbach’s Le mariage aux lanternes (“The Wedding by Lantern Light”), romance blooms in the French countryside when a young farmer stifles his love for an orphaned cousin—but can’t resist a quest for “treasure” orchestrated by his matchmaking uncle. In Rossini’s L’occasione fa il ladro (“Opportunity Makes the Thief”), identities and affections are swapped between two pairs of would-be lovers.