Of Aggression and Domination 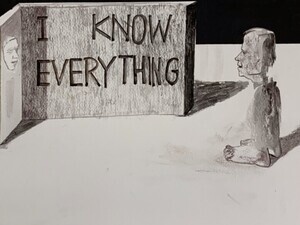 This exhibition, Of Aggression and Domination, shines a light upon the liberal and conservative media, and strives to reflect how it dominates the national conversation on the US military actions overseas. It seeks to show how distorted this conversation has become, and shadows the real brutality and its impact on the daily destruction of the lives of others.

Such activity is cloaked in excuses of National Protection. A normative culture of military, guns and xenophobia which has been built under the new liberal-capitalist agenda, only results in exacerbating aggression, tension and war, further perpetuating a climate of hostility, fear and suffering. The state, as a military institution, has the ultimate power to use fear in order to justify military action, policing, and violence for the sake of control and domination.

This project looks at power in the context of National Protectionism, and probes the levels of domination and violence that it causes, as well as possibilities to resist such a phenomenon that we collectively face with increasing levels of the global militarist politics.

Omid Shekari is an Iranian artist based in Oberlin, OH. His research-based work captures stories which speak universally about how force and violence still determine the rhythms and laws of power within the human experience.

Shekari is currently a visiting assistant professor at Oberlin College, and a part of the Open Sessions program at Drawing Center.

The exhbition is on display weekdays through December 2.

Free to the public