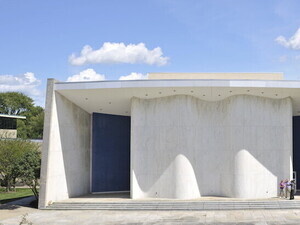 Tickets may be purchased online, by calling 800-371-0178, or by visiting the Hall Auditorium Box Office weekdays from noon-5 p.m.

The inspiration for Weill Week at Oberlin, this opera takes place on the doorstep of a tenement on the East Side of Manhattan on two brutally hot days in 1946. The story focuses on two plotlines: the romance between Rose Maurrant and her neighbor Sam Kaplan; and on the extramarital affair of Rose's mother, Anna, which is eventually discovered by Rose's irritable father, Frank. The show portrays the ordinary romances, squabbles and gossips of the neighbors, as the mounting tensions involving the Maurrant family eventually build into a tragedy of epic proportions.

The Kurt Weill Foundation for Music, Inc. administers, promotes, and perpetuates the legacies of Kurt Weill and Lotte Lenya. It encourages broad dissemination and appreciation of Weill's music through support of performances, productions, recordings, and scholarship; it fosters understanding of Weill's and Lenya's lives and work within diverse cultural contexts; and, building upon the legacies of both, it nurtures talent, particularly in the creation, performance, and study of musical theater in its various manifestations and media. www.kwf.org

Tickets are $10 ($8 for students). Full-season subscription packages, featuring one ticket each for Street Scene and La finta giardiniera, cost $14 ($10 for students).