Sharing Music and Friendship During the Cold War: The 1964 Soviet Union Tour of the Oberlin College Choir 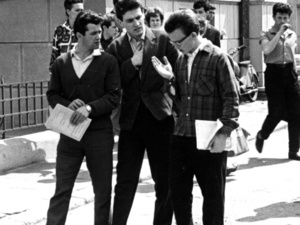 In March and April of 1964, the Oberlin College Choir toured the Soviet Union and Romania as part of a cultural exchange program.  Directed by the legendary Robert P. Fountain, the choir charmed audiences with outstanding performances in such  such as Leningrad, Moscow, Kiev, Odessa, and Bucharest.  Upon its return to the United States the choir gave an encore performance in New York.

The exhibit was assembled by the Oberlin College Archives, with assistance from Professor Tim Scholl, Kira McGirr of the Alumni Office, and members of the 1964 choir.