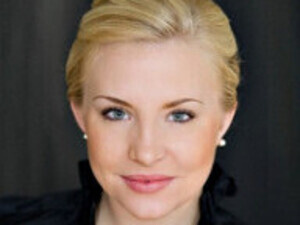 Stafford Hartman earned a bachelor’s degree in voice at Oberlin in 2010. In the years since she graduated, she has enjoyed a full career of both performing and teaching. Hartman made her professional debut in 2010, as the High Priestess in Verdi’s Aida at Opera Memphis, where she remained an artist-in-residence for two seasons. Additional operatic credits include Ilia (Idomeneo), Fiordiligi (Cosi fan tutte), Abigail (The Crucible), Cendrillon (Cendrillon), among many others. Most recently, Hartman was the soprano soloist in Beethoven’s Ninth Symphony with the University of Kentucky Symphony Orchestra, and has performed extensive concert and oratorio work throughout the mid-south. For the last four years, Hartman served as the vocal director of musical productions at the School for Creative and Performing Arts in her hometown of Lexington, Kentucky. Through that experience, she discovered a deep passion for teaching, which inspired her to return to Oberlin to earn the Master of Music Teaching degree. Stafford also holds a master’s degree in vocal performance from the University of Kentucky and an Artist Diploma in opera theater from the University of Memphis. She is a former district winner of the Metropolitan Opera National Council Auditions, a 2014 winner of the Alltech Opera Scholarship Competition, and a 2016 recipient of the Oberlin Alumni Fellowship.