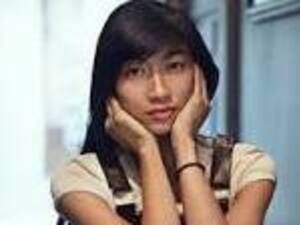 A guest lecture by Sound Artist and Composer Mimi Xu:

"Reverse Scoring: From Sound to Images"
Mimi Xu's discussion centers on society's predominant attention on the visual, with the sound experience placed in a secondary sensory mode most of the time. Her work has been and is an attempt to elevate sound to be primary, whether it is in fashion, commercial, film, or performance.

About Mimi Xu
The Chinese-French multidisciplinary performance artist Mimi Xu has established herself as one of the most sought-after music directors for a global fashion, beauty, and luxury clientele.

Her enterprise incorporates her parallel interests in sound design, composition of original music for film soundtracks and designer campaigns, magazine publishing, and her work as a professional DJ under the alias Misty Rabbit. A classically trained pianist, Xu creates her soundtracks from a vast and eclectic list of pop, electronic, and classical music, as well as her own compositions.

Xu’s most compelling musical influences are legion, with David Bowie, Ravel, Bach, Prince, and Nick Cave rising to the top of her list. Growing up in Paris, she also developed an affinity for Arabic music and musicians including the Arabic pop singers Dalida, Cheb Khaled, and Omar Souleyman.

In 2012, she founded the Paris and London-based MimiXu Studio.