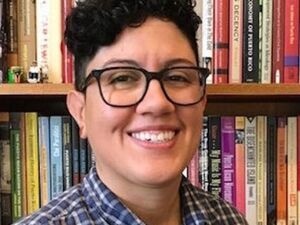 Policing Solidarity: Race, Violence, and the Lessons of the University of Puerto Rico Strikes

In 2010 and 2011, students at the University of Puerto Rico (UPR) went on strike to protest government imposed austerity and administrators’ ongoing efforts to shrink and privatize the archipelago’s only public institution of higher learning. During the two strikes – occurring respectively from April 21, 2010 to June 21, 2010 and from December 7, 2010 to March 7, 2011 – students and their supporters experienced widespread state violence and harassment at the hands of police and private security forces. In this talk, I will discuss how the police violence against UPR protesters drew upon strategies of containment solidified, in part, through more than two decades of policing racially and economically marginalized populations just beyond the campus’ borders. While UPR students’ exposure to state violence and repression created powerful moments of solidarity with racially and economically marginalized communities, there were also moments when students reinforced logics of racialized criminalization promoted by the state. I detail, for example, moments when students sought to leverage their privileged positions in order to assert they were “students not criminals” and thus undeserving of state violence. Students responded to their own experiences of brutality and repression by either undermining or reifying the structures of anti-Black racism, segregation, and classism that have animated policing throughout the archipelago. The strikes at the University of Puerto Rico illuminate how punitive governance, and the violence that undergirds it, has created a complicated legacy for young Puerto Ricans as they forge solidarity across race and class and confront hierarchies of belonging and exclusion.

LeBrón is a 2007 Oberlin College graduate with a double major in comparative American studies and Latin American studies. She is currently an assistant professor of Mexican American and Latina/o Studies at the University of Texas at Austin.

An interdisciplinary scholar specializing in race, policing, and political activism in Puerto Rico and U.S. communities of color, Lebron is the author of Policing Life and Death: Race, Violence, and Resistance in Puerto Rico, which examines the growth of punitive governance in contemporary Puerto Rico. Along with Yarimar Bonilla, she is the coeditor of Aftershocks of Disaster: Puerto Rico Before and After the Storm (Haymarket Books, 2019), which shows that the effects of Hurricane Maria are best understood as the product of a long-standing colonial disaster. Her writing has appeared in The Guardian, Boston Review, and Washington Post, in addition to other scholarly and popular venues. She is one of the co-creators and project leaders for the Puerto Rico Syllabus (#PRsyllabus), a digital resource for understanding the Puerto Rican debt crisis.

Open to the Public