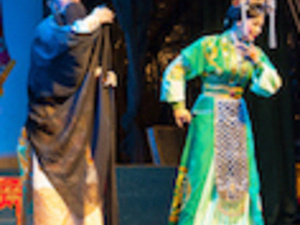 Since 2013, the Hong Kong Academy for Performing Arts has offered a Cantonese opera degree in an effort to preserve the traditional art form designated as one of the world’s key cultural heritages.

“Stealing the Magical Plant” from The Legend of the White Snake

Demonstration of Virtuality and Mimic Actions

with Excerpts from The Jade Bracelet

with Excerpts from The Villian, the General, and the Heroic Beauty

Read more about the School of Chinese Opera