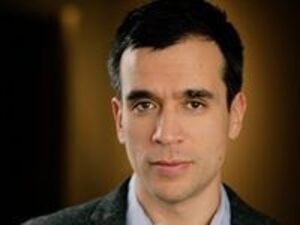 Described in The New Yorker as an “immaculate and inventive recitalist”, his Songs from the WWI Era program was named one of the "Top Ten Best Classical Performances of the Year" in the Philadelphia Inquirer. His discography includes three acclaimed albums of Schubert lieder and French mélodies with pianist Reiko Uchida, songs of Virgil Thomson with the Boston Modern Orchestra Project, and Bach cantatas with the Taverner Consort.

He has been an oratorio and pops soloist with many of America's leading orchestras as well as Copland's Old American Songs with the National Symphony, Peter Maxwell Davies' Eight Songs for a Mad King with the Los Angeles Philharmonic, John Harbison's Fifth Symphony with the Boston Symphony, Milton Babbitt's Two Sonnets with the MET Chamber Ensemble, Roberto Sierra's Missa Latina with the Houston Symphony, and Bach cantatas with Les Violons du Roy and the Orpheus Chamber Orchestra. He has also sung with many period instrument ensembles, including the American Bach Soloists, Philharmonia Baroque, Portland Baroque, the New York Collegium, the Waverly Consort, and Apollo's Fire.

His operatic roles include Fritz in Die tote Stadt, Mozart's Don Giovanni and Count Almaviva, as well as Chou Enlai in Nixon in China, and Prior Walter in Eötvös Peter's Angels in America with Opera Boston. He also regularly performs with the Mark Morris Dance Group, including the role of Aeneas in Dido and Aeneas.

A native New Yorker, Meglioranza is of Thai, Italian and Polish heritage. He graduated from Grinnell College and the Eastman School of Music and is a Visiting Artist in Voice at the Longy School of Music of Bard College.