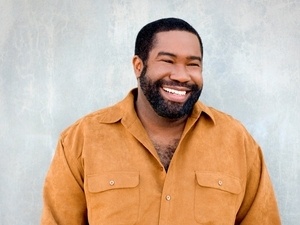 Loewe: If Ever I Would Leave You from Camelot

Bass-baritone Eric Owens has a unique reputation as an esteemed interpreter of classic works and a champion of new music. Equally at home in orchestral, recital, and operatic performances, Mr. Owens brings his powerful poise, expansive voice, and instinctive acting faculties to stages around the world.

Mr. Owens begins his 2014-2015 season by rejoining Sir Simon Rattle, Peter Sellars, and the Berlin Philharmonic for highly anticipated performances of Bach’s St. Matthew Passion at the Lucerne Festival. Additional performances of the production take place at The BBC Proms festival and New York’s Park Avenue Armory as part of Lincoln Center’s White Light Festival.  Mr. Owens opens his operatic season by returning to Lyric Opera of Chicago, where he has been appointed as their Community Ambassador, for performances of Gershwin’s Porgy and Bess directed by Francesca Zambello. He will also appear in his title role debut of Der fliegende Holländer with the Washington National Opera conducted by Phillipe Auguin. Owens makes additional role debuts this season as King Philip II in Verdi’s Don Carlo at Opera Philadelphia, Scarpia in Puccini’s Tosca with Leonard Slatkin and the Detroit Symphony Orchestra, and the title role in Verdi’s Macbeth at the Glimmerglass Festival where he returns as an Artist-in-Residence.

Mr. Owens began his 2013-2014 season in Berlin, performing in Bach's St. Matthew Passion with the Berliner Philharmonic and Sir Simon Rattle. After mentoring the next generation of opera stars at the American Singers' Opera Project at the Kennedy Center with friend and collaborator Renée Fleming, Mr. Owens appeared as Sarastro in Mozart's The Magic Flute at the Metropolitan Opera. He made his role debut as Vodnik in Rusalka at Lyric Opera of Chicago at the start of 2014. In the spring, Mr. Owens joined what director Peter Sellars called his "dream cast" of Handel’s Hercules with the Canadian Opera Company as the title role alongside Alice Coote, David Daniels, and Richard Croft, followed by his return to Wolf Trap Opera as their 2014 Artist in Residence.  2013-2014 also saw a duo recital with soprano Susanna Phillips presented by the Chicago Symphony Orchestra.

Mr. Owens has created an uncommon niche for himself in the ever-growing body of contemporary opera works through his determined tackling of new and challenging roles. He received great critical acclaim for portraying the title role in the world premiere of Elliot Goldenthal’s Grendel with the Los Angeles Opera, and again at the Lincoln Center Festival, in a production directed and designed by Julie Taymor. Mr. Owens also enjoys a close association with John Adams, for whom he performed the role of General Leslie Groves in the world premiere of Doctor Atomic at the San Francisco Opera, and of the Storyteller in the world premiere of A Flowering Tree at Peter Sellars’s New Crowned Hope Festival in Vienna and later with the Los Angeles Philharmonic. Doctor Atomic was later recorded and received the 2012 Grammy for Best Opera Recording. Mr. Owens made his Boston Symphony Orchestra debut under the baton of David Robertson in Adams’s Nativity oratorio El Niño.

Mr. Owens’s career operatic highlights include his San Francisco Opera debut in Otello conducted by Donald Runnicles; his Royal Opera, Covent Garden, debut in Norma; Aida at Houston Grand Opera;Rigoletto, Il Trovatore, and La Bohème at Los Angeles Opera; Die Zauberflöte for his Paris Opera (Bastille) debut; and Ariodante and L’Incoronazione di Poppea at the English National Opera. He sang Collatinus in a highly acclaimed Christopher Alden production of Britten’s The Rape of Lucretia at Glimmerglass Opera. A former member of the Houston Grand Opera Studio, Mr. Owens has sung Sarastro, Mephistopheles in Faust, Frère Laurent, Angelotti in Tosca, and Aristotle Onassis in the world premiere of Jackie O (available on the Argo label) with that company. Mr. Owens is featured on two Telarc recordings with the Atlanta Symphony: Mozart’s Requiem and scenes from Strauss’ Elektra and Die Frau ohne Schatten, both conducted by Donald Runnicles. He is featured on the Nonesuch Records release of A Flowering Tree. Mr. Owens has been recognized with multiple honors, including the 2003 Marian Anderson Award, a 1999 ARIA award, second prize in the Plácido Domingo Operalia Competition, the Metropolitan Opera National Council Auditions, and the Luciano Pavarotti International Voice Competition.

A native of Philadelphia, Mr. Owens began his musical training as a pianist at the age of six, followed by formal oboe study at age eleven under Lloyd Shorter of the Delaware Symphony and Louis Rosenblatt of the Philadelphia Orchestra. He studied voice while an undergraduate at Temple University, and then as a graduate student at the Curtis Institute of Music. He currently studies with Armen Boyajian. He serves on the Board of Trustees of both the National Foundation for Advancement in the Arts and Astral Artistic Services.