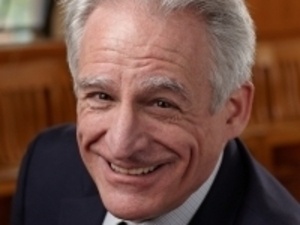 Craig Sheppard was born and raised in Philadelphia.  A graduate of both the Curtis Institute and the Juilliard School, his teachers included Susan Starr, Eleanor Sokoloff, Sasha Gorodnitzki and Rudolf Serkin.  In London, he worked with Ilona Kabos, Peter Feuchtwanger, and Sir Clifford Curzon.

In 1972, Sheppard made his début at the Metropolitan Museum in New York.  Six months later, he won the Silver Medal at the Leeds International Pianoforte Competition in England.  Living in London for the next twenty years, he performed with every major British orchestra, many on the European continent, and those in this country of Philadelphia, Boston, Chicago, Atlanta, Dallas and San Francisco – amongst others - under many prominent conductors of the day including Sir Georg Solti, Erich Leinsdorf, Kurt Sanderling, Yehudi Menuhin, Aaron Copland, James Levine, Michael Tilson Thomas, Esa-Pekka Salonen, Sir Andrew Davis, Leonard Slatkin and David Zinman.  He also taught at the Yehudi Menuhin School and the Guildhall School of Music and Drama in London.

In 1993, Sheppard moved back to the States to take up a position of Professor of Piano at the University of Washington in Seattle.  Since then, his students have won prizes in major national and international competitions and teach in leading institutions around the world.  Sheppard travels frequently to the Far East, and has made three trips to New Zealand and Australia to teach and perform.  In late March, he makes his third trip to China to perform the 24 Shostakovich Preludes and Fugues at the Shanghai Conservatory and the Forbidden City Concert Hall in Beijing.  He has also been invited to teach and perform at the Lang Lang Piano Institute in Shenzhen.

As chamber musician, he has collaborated with Wynton Marsalis, José Carreras, Victoria de los Angeles, Irina Arkhipova, the Cleveland and Emerson string quartets, and many of the younger generation, including James Ehnes, Stefan Jackiw, Richard O’Neill and Edward Aaron.

Craig Sheppard has had major CD releases nearly every year over the past twenty, including the 32 Beethoven Sonatas, Bach’s Six Partitas, Goldberg Variations, and The Well Tempered Clavier, Books I and II, Schubert’s Last Three Piano Sonatas, Liszt’s Années de Pèlerinage, and Debussy’s 24 Préludes and 12 Études.  His repertoire is eclectic, comprising over forty recital programs and more than sixty concerti.  Critics both here and abroad have been consistently enthusiastic.  Robert Matthew-Walker wrote in a recent issue of International Piano Review (London): “It was Hans Keller who said that All great artists are, by virtue of what they do, also great teachers, and those who have heard Sheppard’s recent recordings on the Roméo label – particularly the complete Beethoven Sonatas and the Bach’s 48 Preludes and Fugues – will know the truth of that statement.  The City of Seattle and the students at its University are indeed fortunate to have him in their midst.” Following Sheppard’s appearance at a recent Minnesota Beethoven Festival, the reviewer exclaimed: “With the solo recitals of Yo-Yo Ma and Craig Sheppard, the festival is off to a great start!” Sheppard’s recital début at the Berlin Philharmonic, featuring the 24 Chopin Préludes and Bach’s Goldberg Variations, caused one critic to write: “The pianist revealed himself as an intimate connoisseur of Bach’s soul.”

Sheppard and his colleague, Dr. Robin McCabe, are the founders and Co-Artistic Directors of the Seattle Piano Institute, a summer program dedicated to building well rounded artists of the future generation.  This summer’s institute will take place from July 5-18 at the University of Washington.