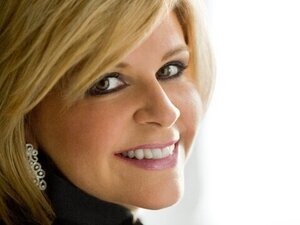 Internationally acclaimed Susan Graham - dubbed "America's favorite mezzo" by Gramophone Magazine - rose to the top league of international artists within just a few years of her professional debut, and along the way has mastered an astonishing range of repertoire and formats. Her operatic roles have stretched from Monteverdi's 17th century Poppea to a contemporary American operatic portrait of Sister Helen Prejean in Jake Heggie's Dead Man Walking, written specifically for her, as well as leading roles in new works by John Harbison and Tobias Picker. She won a Grammy for a collection of Ives songs, and her recital repertoire is so broad that 14 composers from Purcell to Sondheim are represented on her most recent disc, Virgins, Vixens, and Viragos (with pianist Malcolm Martineau on Onyx). But throughout her extraordinary career, this distinctly American artist has always been considered one of the great interpreters of French vocal music of her time, so much so that the Texas native was awarded the French government's prestigious "Chevalier dans l'Ordre des Arts et des Lettres", not just for her profile as a favorite performer on France's stages but also in honor of her commitment to French music.

Her tall, slim good looks made the operatic stage the natural first stop of a distinguished career, with early successes in "trouser" roles such as Cherubino in Mozart's Le nozze di Figaro. Her technical brilliance brought mastery of Mozart's more virtuosic roles such as Sesto in La clemenza di Tito, Idamante in Idomeneo, and Cecilio in Lucio Silla, as well as the title roles of Handel's Ariodante and Xerxes. Inevitably she triumphed in the iconic Richard Strauss mezzo roles - Octavian in Der Rosenkavalier (often opposite the Marschallin of Renée Fleming) and the Composer in Ariadne auf Naxos. These roles brought her to prominence in every major opera house in the world, including the Metropolitan Opera, Chicago, San Francisco, Covent Garden, Paris, Munich, La Scala, Salzburg, Vienna, and many others, and she has returned to them regularly for appearances ranging from the title roles of Handel's Ariodante and Xerxes to leading ladies in the world premieres of John Harbison's The Great Gatsby and Tobias Picker's An American Tragedy, both at the Metropolitan Opera.

But an early production of Berlioz's Béatrice et Bénédict in Lyon earned particular raves from the international press for her pristine French diction and innate style, and a triumph as Massenet's Cherubin at Covent Garden sealed her operatic stardom. Invitations to explore more French repertoire came from many of that music's greatest conductors, among them Sir Colin Davis, Charles Dutoit, James Levine, and Seiji Ozawa. New productions of Gluck's Iphigénie en Tauride, Berlioz' La Damnation de Faust, and Massenet's Werther were mounted for her in New York, London, Paris, Chicago, and San Francisco and elsewhere. She added the title role of the great Offenbach comedy La belle Hélène in 2005 at Santa Fe and will follow with La Grande Duchesse de Gérolstein next summer. Just weeks ago she was hailed internationally in the pinnacle role of Didon in Berlioz's Les Troyens at the Metropolitan Opera, broadcast live on cinema screens worldwide as part of the Met's HD program.

This affinity for the French repertoire has not been limited to the operatic stage, and indeed it serves as the foundation of an extensive concert and recital career. The great oratorios and symphonic song cycles such as Berlioz's La mort de Cléopâtre and his Les nuits d'été, Ravel's Sheherezade and Chausson's Poème de l'amour et de la mer have been among works taking her to the world's leading orchestras, including regular appearances with the New York Philharmonic, the Boston Symphony, the Orchestre de Paris, and the London Symphony. A distinguished discography includes not only all the above works, but also treasurable solo albums such as the program of mélodies entitled Un frisson Francais with pianist Malcolm Martineau (Onyx), an album of 20th century operetta rarities C'est ça la vie, c'est ça l'amour! for Erato, and La Belle Époque, an award- winning collection of songs by Reynaldo Hahn with pianist Roger Vignoles, for Sony.