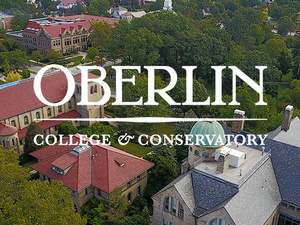 This event has been canceled.

Philip Cashian was born in Manchester in 1963 and studied at Cardiff University and at the Guildhall School of Music and Drama with Oliver Knussen and Simon Bainbridge. In 1990 he was the Benjamin Britten fellow at Tanglewood where he studied with Lukas Foss. He was awarded the Britten Prize in 1991, the Mendelssohn Scholarship in 1992 and the PRS Composition Prize in 1994.

Commissions include Night Journeys (London Symphony Orchestra), Spitbite (Britten Sinfonia), The House of Night (OSJ), Io (BBC National Orchestra of Wales), Three Pieces, Chamber Concerto and Skein (Birmingham Contemporary Music Group) and Tableaux which the Northern Sinfonia commissioned for the 2003 BBC Proms and a European tour. In 2006 Sarah Nicolls gave the first performance of his Piano Concerto with the London Sinfonietta under Zsolt Nagy. In 2008 Cashian was again commissioned by the London Sinfonietta to write a work, The Opening of the House, for their inaugural concert at Kings Place, London. 2008 also saw the premiere of his first opera, The Cumnor Affair for Tête à Tête Opera Company at the Riverside Studios, London.

Works for smaller forces include A Sea of Tales for Melinda Maxwell and Endymion, So lonely for Mary King and the Kreutzer Quartet as well as pieces for the Haffner Wind Ensemble, Pittsburgh New Music Ensemble, CHROMA, Alex Wood and Huw Watkins, Claire Booth, Alan Hacker and the Schubert Ensemble. He has also worked with the choreographer Ian Spink and written for The Knack at ENO studio.

In 2004/05 he was the composer in residence at the Centre for Young Musicians who commissioned and premiered Apollo for 200 schoolchildren in the Royal Festival Hall. Other works for children and amateur musicians include The Forest of Clocks, The Star Machine, Autumn Choruses and Mechanik as well as numerous pieces for the ABRSM Spectrum series.

Recent works include Dark Flight (2009) for six cellos, All things wear silence (2010) for choir, brass and organ, Aquila (2010) for clarinet, cello and piano, Samain (2011) for string quartet and Settala's Machine (2012) for wind ensemble. In March 2013 he will be composer in residence at Oberlin Conservatoire where his concerto for cello and strings will receive it's premiere.

Recordings of his music are available on the NMC label.

In 2007 he became Head of Composition at the Royal Academy of Music.