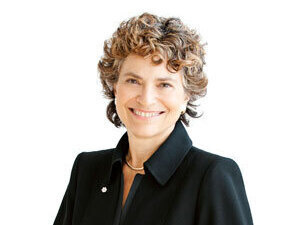 Music director of Tafelmusik from 1981 to 2014, Jeanne Lamon has been praised by critics in Europe and North America for her strong musical leadership. She has won numerous awards, including honorary doctorates from York University, Mount Saint Vincent University, and University of Toronto, and the prestigious Molson Prize from the Canada Council for the Arts.

She is an enthusiastic teacher of young professionals, which she does as adjunct professor at the University of Toronto and through Tafelmusik’s artist training programmes. She is the artistic director of the Health Arts Society of Ontario, an organization dedicated to providing seniors in long-term care and retirement homes with quality concerts, a project to which she is passionately devoted.

Lamon stepped down as full time music director of Tafelmusik in June, 2014, served as chief artistic advisor until June of 2016, and is now music director emerita. She will continue to perform and tour with the orchestra in a reduced capacity, and plans to devote more time to teaching, guest directing, and pursuing various hobbies.