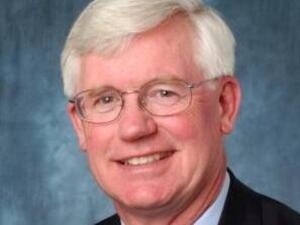 A guest lecture, "Paul Robeson: Artist and Activist for Our Time" by Tom Riis ’73, member of the Oberlin Board of Trustees

This lecture is the inaugural event for the Frederick R. Selch Center for the Study of American Culture.

Thomas L. Riis,  Joseph Negler Endowed Chair in Music, professor in musicology, and the director of the American Music Research Center at the College of Music, earned degrees from Oberlin College (1973) and the University of Michigan (1976, 1981).

Riis is a specialist in musical theater and writes and lectures frequently on many topics in 19th and 20th-century American music. His book Just Before Jazz, devoted to African American Broadway shows, received an ASCAP-Deems Taylor Award in 1995. He was a Fulbright Senior Scholar teaching in Lueneburg, Germany in 2005-2006.

His latest book, Frank Loesser (2008), is the fifth volume in the Yale Broadway Masters series. In 2008 he gave the Rey Longyear Memorial Lecture at the University of Kentucky’s American Music Center and was elected to the presidency of the Society for American Music (2009-2010). His other interests include medieval song and historical performance practice.

For more information about this event and the Selch Center, read the Oberlin College and Conservatory News Center article.