Guest Lecture: Aurélie Decourt, "The Legacy of the Alain family in Saint German-en-Laye" 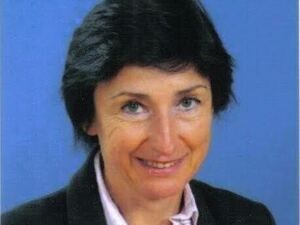 A guest lecture by Aurélie Decourt, "The Legacy of the Alain family in Saint German-en-Laye."

Decourt received a Ph.D. in musicology at the University of Paris-Sorbonne, writing her dissertation on “Albert Alain, French Organist and Composer.” Decourt's talk will provide an intimate inside perspective on the lives of these acclaimed musicians.

Aurélie Decourt is the niece of the famous composer Jehan Alain (1911-1940) and the daughter of the international concert artist-teacher, Marie-Claire Alain (1926-2013).  She studied history and art history and became a qualified teacher who has passed the “aggregation.” In 1999 she achieved a Ph.D. in musicology at the University of Paris-Sorbonne, writing her dissertation on “Albert Alain, French Organist and Composer.” She has published articles in journals dictionaries, including L’Orgue, La Tribune de l’Orgue, Diapason, and the New Grove Dictionary. In 2001 and 2005 she published a book on Albert Alain and, in 2005, a great biography and correspondence book titled “Jehan Alain, Biographie, Correspondance, Dessins.

In March 2011, she organized the French Centennial of Jehan Alain’s birthday in Saint-Germain-en-Laye, which gathered organists from all over the world. On this occasion a new orchestration of the major work of Jehan Alain, Les Trois Danses, was created. A book with the colloquial acts and new contributions in musicology and art was published: Jehan Alain, Le Livre du Centenaire, 2011. Aurélie Decourt also wrote a book on the Alain family (Une famille de musiciens au XXe siècle, Paris, Hermann, 2011), including a new chapter on Marie-Claire Alains’ life.

Decourt is presenting lectures on these topics, on religious music, and on the aesthetics of the organ in France in the first half of the 20th century. She has spoken in numerous places in France (Festival Toulouse-les-Orgues, Abbaye de Royaumont, Superior Conservatory of Music and Danse in Lyon) and in the United States (Kansas University, Columbus University-Georgia in 2005, Wichita University and Oberlin College in 2011, University Park United Methodist Church in Dallas in 2012).