Fighting Financial Crises: Learning from the Past: Ellis W. Tallman 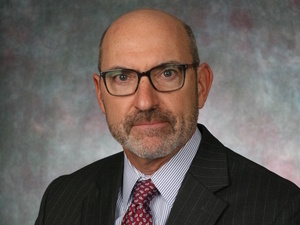 If you’ve got some money in the bank, chances are you’ve never seriously worried about not being able to withdraw it. But there was a time in the United States, an era that ended just over a hundred years ago, in which bank customers had to pay close attention to whether the banking system would remain solvent, knowing they might have to rush to retrieve their savings before the bank collapsed. During the National Banking Era (1863–1913), before the establishment of the Federal Reserve, widespread banking panics were indeed rather common.

Yet these pre-Fed banking panics, as Gary B. Gorton '73 and Ellis W. Tallman show, bear striking similarities to our recent financial crisis. In both cases, something happened to make depositors—whether individual customers or corporate investors—“act differently” and find reason to question the value of their bank debt.

Fighting Financial Crises thus turns to the past for a fuller understanding of our uncertain present, investigating how panics during the National Banking Era played out and how they were eventually quelled and prevented. Gorton and Tallman open with a survey of the period’s “information environment,” tracing the development of national bank notes, checks, and clearing houses to show how the key to keeping order was to disseminate information very carefully. Identifying the most effective responses based on the framework of the National Banking Era, they then consider the Fed’s and the SEC’s reactions to the recent crisis, building an informative new perspective on how the modern economy works.

Ellis Tallman, PhD, is senior vice president and director of research at the Federal Reserve Bank of Cleveland.  Tallman leads the Research Department, which is responsible for conducting economic research and policy analysis. He is responsible for advising the Bank’s president on monetary policy and related matters, setting the research direction, selecting and developing staff, and establishing departmental priorities. His research currently focuses on macroeconomics, economic forecasting, and US historical episodes of financial crises and policy responses.

Prior to joining the Cleveland Reserve Bank, Tallman was the Danforth-Lewis Professor of Economics at Oberlin, where he chaired the economics department. In addition, he was a visiting scholar in the Research Department at the Cleveland Fed.

Prior to joining Oberlin, Tallman was a vice president and team leader for the macroeconomics group in the Research Department at the Federal Reserve Bank of Atlanta, and an adjunct professor at Emory University. He also served a two-year appointment as a visiting senior research economist at the Reserve Bank of Australia, where he engaged in policy support and provided economic research for the Australian central bank.

Tallman received a bachelor’s degree in economics from Indiana University, Bloomington, and an MA and PhD in economics at the University of Rochester.