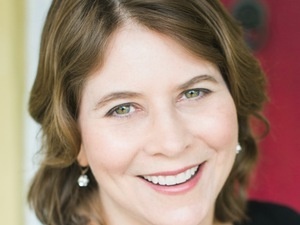 Keynote lecture, "How Everything Became War and the Military Became Everything: Tales from the Pentagon," will be presented by Rosa Brooks, professor of law at Georgetown University.

"Once, war was seen as a temporary state of affairs. Today, America’s wars are everywhere and forever: our enemies change constantly and rarely wear uniforms, and virtually anything can become a weapon.

"As war expands, so does the role of the U.S. military. Military personnel now analyze computer code, train Afghan judges, build Ebola isolation wards, eavesdrop on electronic communications, develop soap operas, and patrol for pirates. You name it, the military does it.

"Meanwhile, "war rules"—the laws and norms associated with war—begin to apply to more and more aspects of "ordinary" life, threatening democracy and the rule of law."

Brooks is also an adjunct scholar at West Point’s Modern War Institute and a senior fellow in the ASU/New America Future of War Program. She is a cofounder of the popular foreign policy podcast, "Deep State Radio."

From 2009-2011, Brooks served as counselor to the Under Secretary of Defense for Policy, and from 2012 to 2017, she was a columnist and contributing editor at Foreign Policy; from 2005-2009, Brooks was a weekly op-ed columnist for the Los Angeles Times.

Her most recent book is How Everything Became War and the Military Became Everything (Simon and Schuster, 2016).