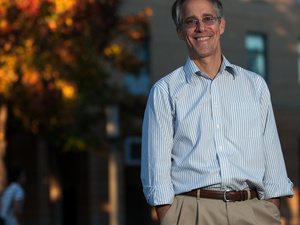 This panel talk, “Martial Rhetoric, Martial Practices, and Martial Landscapes in the People's Republic of China” will be presented by Jeffrey Wasserstrom, PhD, Chancellor’s Professor of History at UC Irvine. The talk is part of a panel titled "Militarized East Asia."

"This talk will explore the different role that slogans, images, objects, and activities linked to the military have played in different parts of the PRC in different periods of its history. Particular attention will be paid to placing recent phenomenon—ranging from Xi Jinping presiding over unusually large military parades in on the 70th anniversary of the end of World War II and the 20th anniversary of the Hong Kong Handover, to the increasing number of armed checkpoints in Xinjiang—into historical and comparative perspective."

Wasserstrom is coauthor of China in the 21st Century: What Everyone Needs to Know and Eight Juxtapositions: China through Imperfect Analogies from Mark Twain to Manchukuo. He has contributed articles to the New York Times, Foreign Affairs, the Nation, and the Atlantic.