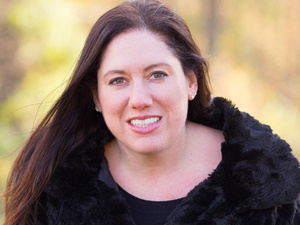 Erika Meitner is currently an associate professor of English at Virginia Tech, where she directs the MFA and undergraduate programs in creative writing.

She is the author of Inventory at the All-Night Drugstore (Anhinga Press, 2003); Makeshift Instructions for Vigilant Girls (Anhinga Press, 2011); Ideal Cities (HarperCollins, 2010), which was a 2009 National Poetry series winner; and Copia (BOA Editions, 2014).

Her fifth book of poems, Holy Moly Carry Me, from BOA Editions was published in September 2018.

Meitner’s poems have been anthologized widely, and have appeared in publications including Ploughshares, Virginia Quarterly Review, the New York Times Magazine, the New Republic, and Tin House.

She has received fellowships from the MacDowell Colony, the Wisconsin Institute for Creative Writing, the Virginia Center for the Creative Arts, and Blue Mountain Center, and  was the 2015 US-UK Fulbright Distinguished Scholar in Creative Writing at the Seamus Heaney Centre for Poetry at Queen’s University Belfast.

This event is cosponsored by the Jewish Studies Program.