Convocation: An Evening with Ishmael Beah ’04 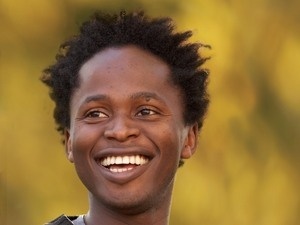 Born in Sierra Leone in 1980, Ishmael Beah was 13 when he was recruited as a child soldier in Sierra Leone's civil war. He was removed from the army by UNICEF, and after completing rehabilitation, Beah became an advocate for children affected by war. His 2007 memoir, A Long Way Gone, about his time as a child soldier and its aftermath, was published to popular and critical acclaim. A senior research fellow at the Center for the Study of Genocide and Human Rights at Rutgers University, Beah is cofounder of the Network of Young People Affected by War (NYPAW).

The convocation is free and open to the public. No tickets are required. For more information please contact the Office of Public Programs at (440) 775-6785 or visit www.oberlin.edu/artsguide/convocation-series