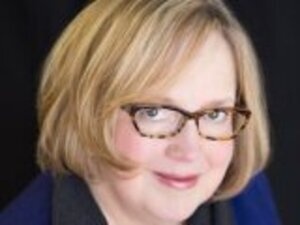 As a winner of the Juilliard Competition, Eldan made his New York debut with the Brahms Double Concerto with violinist Sarah Kapustin in Lincoln Center and has performed the Six Bach Suites in a series of concerts worldwide. He has collaborated in chamber music performances with members of the Cleveland, Guarneri, Juilliard, and Mosaiques string quartets, the Beaux Arts Trio, pianist Richard Goode, and cellists Lynn Harrell and Steven Isserlis. Eldan holds Doctor of Musical Arts and Master of Music degrees, both from Juilliard, where he also served as a guest teacher. His performances have been featured on public television and radio in the United States, Europe, and in Israel. In 2006, he was appointed to the faculty of the Oberlin Conservatory of Music and became the cellist of the Oberlin Trio.

Manz has been heard on artist series in recital and contemporary chamber music ensembles, including performances at the Lincoln Center, Contemporary Directions of the Aspen Music Festival, Music Academy of the West, the Walker Arts Center (Minneapolis), and the New Music Festival (California). She has toured Japan, Hawaii, and the West Coast, performing a variety of chamber music works.

A member of the National Association of Teachers of Singing (NATS), Manz was a Master Teacher for the prestigious Intern Program in 2006 as well as NATS clinician and adjudicator. She presented at the First International Conference on Physics and Acoustics of Singing in Groningen, the Netherlands, and the Chicago Humanities Festival. As director of the Otto B. Schoepfle Vocal Arts Center, she also teaches voice pedagogy and is a vocologist, with special interest in voice habilitation. Manz was elected to the American Academy of Teachers of Singing in 2014.

Prior to joining the faculty of the Oberlin Conservatory of Music in 1993, Manz taught at the University of California and at St. Olaf College.