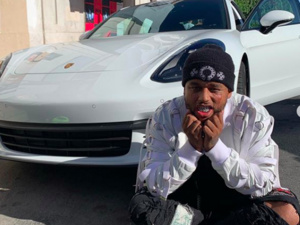 CHXPO
Hailing from Cleveland, Ohio, Chxpo has established himself as one of the most unique and hardworking artists in music. Chxpo took the rap game by storm when he dropped 30 mixtapes in 2016. Since then, he has continued to pump out classics without fail. Dropping underground anthems such as "BVNDGXD", "PERFECT SUSANO" and "DIE YOUNG".

Come experience the legendary entity that is Chxpo take over the Sco. Don't miss out!!!

SPARKITMOE
From Uptown, Washington D.C., Sparkitmoe is quickly gaining recognition as one of the most standout artists in the city; consistently displaying his great ear for production, hard hitting punchlines and great taste in visual output. He will be bringing an energy to the Sco stage that many people have yet to experience, and will be producing sounds that'll make your body move without you even realizing.

COOLERKIN
Also hailing from Uptown, D.C., Coolerkin has quickly proven himself as one of the most gifted lyricist in the city. Accompanied by out of this world production, Coolerkin's releases are packed with punchlines and impressive flows that would even make your grandma want to run it back multiple times. He's got bars and an unrivaled energy that's highly contagious.

Come to the Sco and witness three legends in the making.

young man in black cap and white shirt sitting in front of a white sports car.