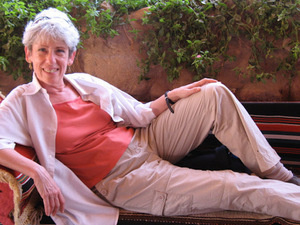 Professor Barbara Burrell will deliver a lecture entitled “Archaeology and Ancient Texts: Friends or Enemies?” on Thursday, March 25. The event, which is free and open to the public, will be held on Zoom at 7:30 p.m.

Please register in advance at https://us02web.zoom.us/meeting/register/tZYkfu-vqTwiGtJz4fUaWOWcVI5xE09YxPul.

In Classics departments of the US and Canada, extreme divisions are sometimes made between philology, focusing on ancient literary texts in Greek and Latin, and archaeology, which studies the material culture and monuments of the Greek and Roman world. Presenting specific examples from around the Mediterranean, from the archaic period to the later Roman Empire, this lecture argues for a more mixed approach in both research and teaching, which may reverse what members of the audience think they know about well-known rulers and literary figures. By using the two disciplines to the full extent of their strengths, and by understanding their weaknesses, we may achieve a fully nuanced and more complete picture of the actions and thoughts of the ancient people in question.

Professor Barbara Burrell is Associate Professor of Roman Archaeology in the Department of Classics at the University of Cincinnati. Professor Burrell is the Co-Director of the Promontory Palace Excavations at Caesarea Maritima in Israel. She has published many books and articles including Neokoroi: Greek Cities and Roman Emperors. She is currently the editor of Blackwell's Companion to the Archaeology of the Roman Empire and is also working with K. L. Gleason on The Promontory Palace at Caesarea Maritima, Israel: Final Reports.

Professor Burrell’s visit is sponsored by The Oberlin-Wooster Chapter of the Archaeological Institute of America, the Archaeology Student Colloquium, and the Department of Classical Studies. Additional information is available by email (jshaya@wooster.edu).