An Evening With Abby Stein: Trans Activist and Author of ‘‘Becoming Eve’’ 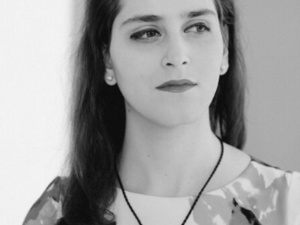 Abby Chava Stein is a 10th-generation descendant of the Baal Shem Tov, the founder of the Hasidic movement. In 2015, Stein came out as a woman, and she now works as a trans activist. In 2019, she served on the steering committee for the Women’s March in Washington, DC, and she was named by the Jewish Week as one of the ‘‘36 Under 36’’ Jews who are affecting change in the world.

Her first book, Becoming Eve: My Journey from Ultra-Orthodox Rabbi to Transgender Woman, was recently published by Seal Press. She lives in New York City.

All donations raised beyond speaker fees and the program cost will help establish a Jewish LGBTQ student fund at Cleveland Hillel.

Purple Flyer that reads: Join Oberlin Hillel for An Evening with Abby Stein, Trans Activist and Author of Becoming Eve