An Evening of Poetry with Alyesha Wise 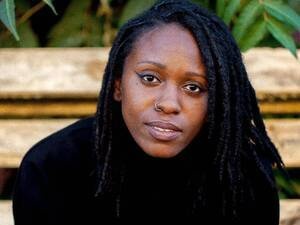 Join us for a powerful evening of spoken word, inspiration, healing, and justice. Don't miss this incredible performer, educator, and movement leader!

The author of Carnival (NOT A CULT media), Alyesha Wise is a poet, teaching artist and TEDx speaker from Camden, N.J. Alyesha resides in Los Angeles, and is the cofounder of Spoken Literature Art Movement (S.L.A.M.), an organization providing poetry education and extensive programming for poets.

Alyesha is currently the Hollywood (Da Poetry Lounge) Slam Team head coach and served as the Los Angeles (Get Lit) Youth Slam Team co-coach from 2014-2017. A 2014 Hollywood Grand Slam champion, she is also a four-time member of the Hollywood Slam Team & a 2-time Women of the World Poetry Slam finalist.

She has been featured on different platforms and publications such as Huffington Post, Bustle, Afropunk, WHYY, POPSUGAR, Buzzfeed, and more. Some relatively recent highlights include an artistic collaboration with Codeblack Films, Brave New Films, and a feature in the Google Interstellar Project, in conjunction with the hit film Interstellar.

Alyesha Wise in a black turtleneck, looking at the camera