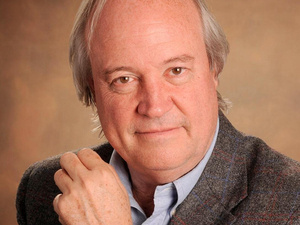 This panel talk, "“A Chinese Garden in America’s Backyard? Latin America Amidst the Stirrings of a New Cold War,” will be presented by Ambassador Jorge Heine, PhD, the former Chilean Ambassador to China, India, and South Africa and public policy fellow at the Woodrow Wilson Center, Washington, D.C. The talk is part of a panel titled "Militarized Latin America."

“Perhaps the most important change in Latin America’s international relations in its two centuries of independent history has taken place in the past two decades. From its traditional diplomatic and commercial orientation towards North America and Western Europe, the region has switched more toward Asia, especially China.

“Trade between China and Latin America and the Caribbean increased 26 times between 2000 and 2013, For Brazil, Chile, Peru and Uruguay, China is their first trading partner. Yet, as an incipient trade war between the United States and China escalates, the region is caught between a rock and a hard place.’’

Ambassador Heine was a former cabinet minister in the Chilean government.  He has published 15 books and some 100 journal articles, and has written for the New York Times & Washington Post.