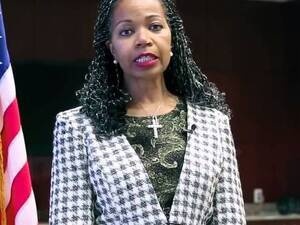 This event is part of the Global Issues Symposium 2019, which carries the theme of "Militarization of Global Politics, Economy & Society" and organized by the International Studies Program.

"Many countries in the Middle East have long been headed by military men, or men who use the military to run the country. In recent years the United States has broadened a cycle of integrating military men into our foreign policy establishment.

"Although military experience was typical for foreign policy practitioners after WWll and Vietnam, it diminished under our volunteer army. Now, with increasing numbers joining the U.S. Diplomatic Corps and being placed in senior positions in the U.S. Government, it's time for a serious discussion about the direction and tools used in securing America's place on the world stage."

Throughout her 30-year career in international diplomacy, Abercrombie-Winstanley has been an influential figure in U.S. foreign policy. Among her many senior roles in world affairs, she was the longest-serving U.S. ambassador to the Republic of Malta. She also expanded our counterterrorism partners and programs as deputy coordinator for counterterrorism.

In another role as the special assistant for the Middle East and Africa, she monitored the election in the Gaza Strip and was the first ever woman to lead a diplomatic mission in Saudi Arabia.