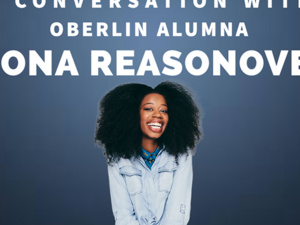 Join in on Monday, April 12th at 4:30 pm for a conversation with Oberlin Alumna Diona Reasonover as part of the Theater Department’s online roundtables!