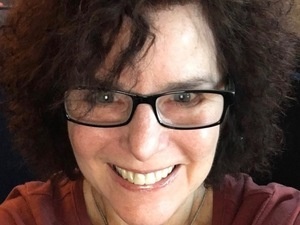 Since the disastrous election of 2016, we have seen an acceleration of longstanding American political divisions. There have been wildly different public takes on the political-economic changes of the late 20th and early 21st century—on rising inequalities, threats to democracy, and the climate crisis. The rise of an increasingly conspiracy-ridden extreme Right, untethered from facts, has led journalists and scholars quite reasonably to focus on this growing threat. But in so doing, they have tended to neglect the opposite phenomenon—the growing tendrils of a new progressive coalition politics that has animated multiple political movements and new policies.

My last two research projects—my 14-year study of a wildly popular and shamefully ignored progressive Black radio show, and my ongoing 30-year ethnography of political economy and public culture in New Haven, Connecticut—can help to illuminate the rise of these progressive subaltern American counterpublics organized around race, class, gender, and sexuality. They also help us analyze how these counterpublics function in individuals’ lives, and how they may become hegemonic—may become part of the larger public sphere. Snark and soul have brought us to a political-economic accounting of the United States, and of its relations to the wider world.

Jack taught anthropology at Oberlin from 1971 until his retirement in 2013. His fieldwork included research in East Africa among subsistence farmers, Easter European immigrants and their descendants in the American Midwest, and African Americans in the upper South. He sees anthropology as a unique discipline, combining the explanatory and generalizing goals of the sciences with the interpretive and historical sensibilities of the humanities. In the classroom and in his books and articles, he sought an understanding of human experience in wide ranging comparative terms while never losing sight of the distinctiveness of that experience in particular times and places. The lectureship bearing Jack’s name recognizes his contributions to an encompassing anthropology and to the liberal education of Oberlin students.